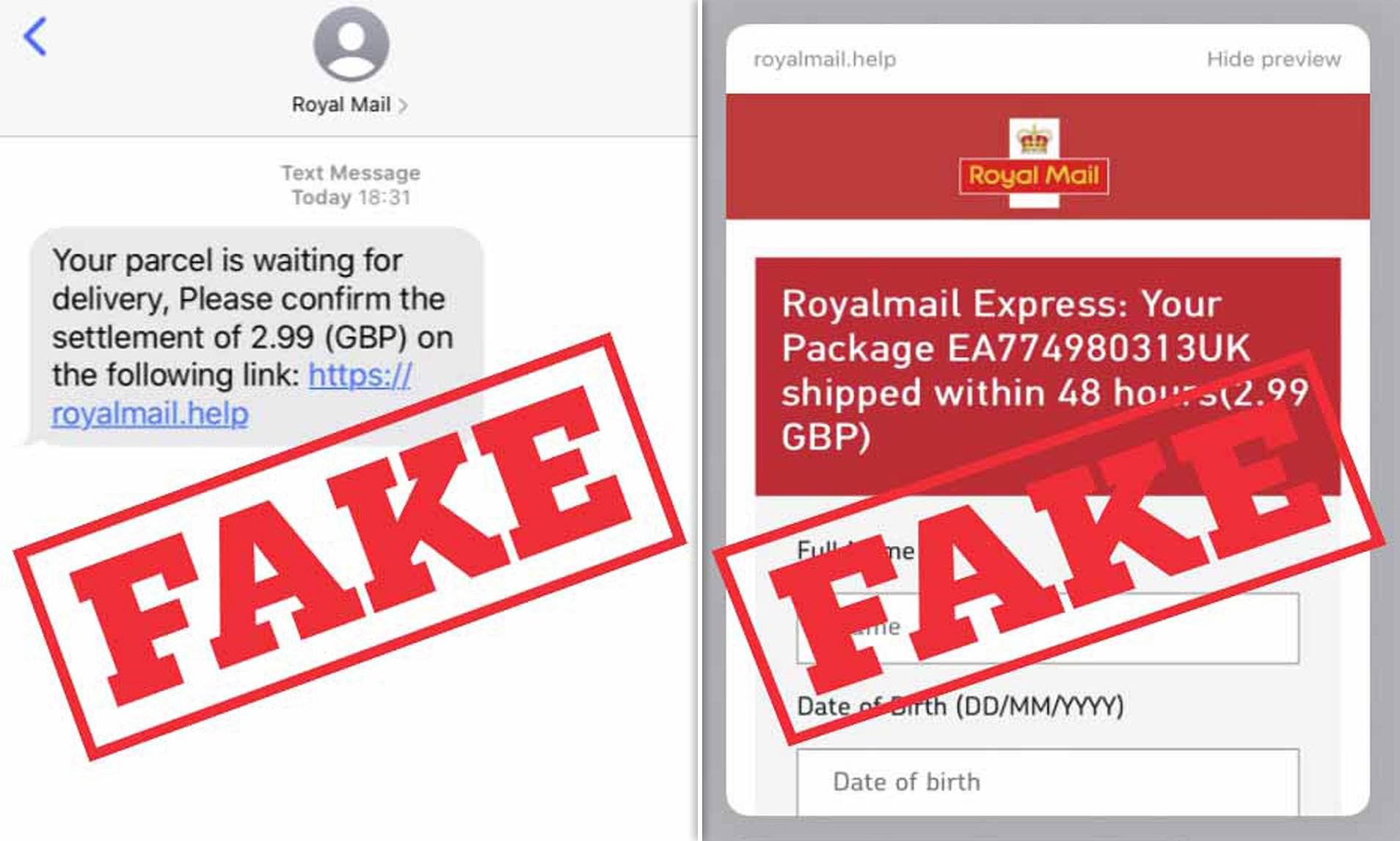 The delivery service has warned of two separate scams which target innocent victims in a bid to steal personal information and money.

In the latest scam, which has been labelled as a “malicious email” by ActionFraud, it led Royal Mail to dish out some advice.

The following information has been given from Royal Mail:

That statement came after scammers had been sending out “fake Royal Mail emails” to try and trick victims into giving personal information and making payments.

Royal Mail warned people to watch out urgently for a parcel scam doing the rounds across the country.

The scams are circulating by text and email and tells recipients to make urgent payments so they ensure their packages can get delivered.

It then includes a seemingly legitimate Royal Mail website, but it is all a ruse, with phishers and scammers ready to pounce and siphon your details.

“Actions will be taken if you do not pay this fee,” the text adds – but Royal Mail is warning people not to be fooled.

ActionFraud revealed this week they had received 1,700 reports about scam emails claiming a parcel had not been delivered.

The message, which appears at first glance almost genuine, warns homeowners if they don’t opt for delivery, they will return the package to the sender.

It then directs the customer to a link, asking them to fill out an information form.

It also provides a parcel number, while stating without this personal information, your package will not be redelivered.

ActionFraud tweeted: “Watch out for these fake Royal Mail emails. They’ve been reported to us over 1,700 times…

Help us remove malicious emails and websites like these by forwarding suspicious emails to: report@phishing.gov.uk.”